Warrior Uhtred continues to play his part in the birth of a nation, alongside King Alfred. Uhtred sets out to avenge his father’s death and recapture his ancestral lands.  –BBC TWO

Guthred or Guthfrith ( Guðrøðr; died 24 August 895) was the king of Viking Northumbria from circa 883 until his death.

Æthelred, Lord of the Mercians (or Ealdorman Æthelred of Mercia) became ruler of English Mercia shortly after the death of its last king, Ceolwulf II in 879. 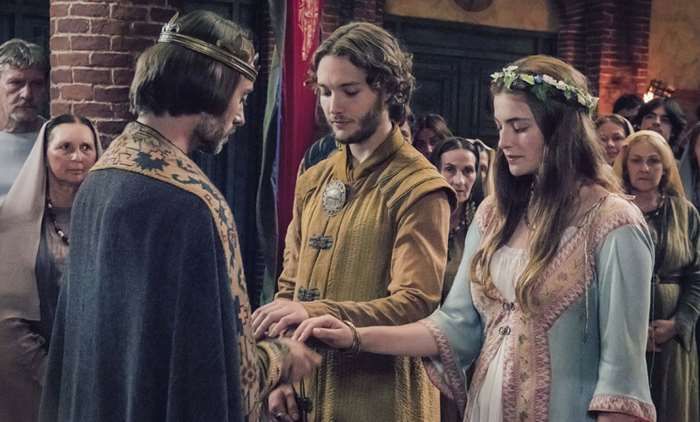 In the mid-880s (with the most likely political context being the occupation of London in 886), Alfred sealed the strategic alliance between the surviving English kingdoms by marrying Æthelflæd to Æthelred.

Lundenburh : English rule in London was restored by 886. Alfred quickly set about establishing fortified towns or burhs across southern England to improve his kingdom’s defences: London was no exception. Within ten years, the settlement within the old Roman walls was re-established, now known as Lundenburh. The old Roman walls were repaired and the defensive ditch was re-cut. These changes effectively marked the beginning of the present City of London, the boundaries of which are still to some extent defined by its ancient city walls. —Anglo-Saxon London|Viking attacks 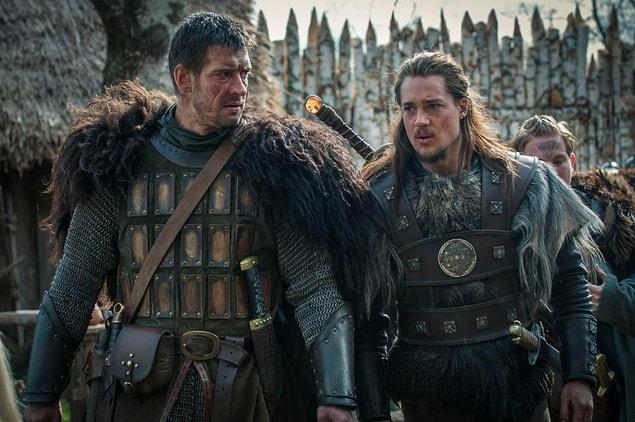 England, 872. A Saxon man, raised by Danes, must choose a side and play his part in the birth of a nation, alongside the man who would become known as King Alfred the Great.  –BBC TWO END_OF_DOCUMENT_TOKEN_TO_BE_REPLACED Ragnar and Horik’s men set sail for England, but a violent storm throws them off course, arrived in Wessex. Ragnar meets King Ecbert, who questions his reasons for staying in Wessex and offers to grant him some land. Later, one of Horik’s ships arrives with news of Jarl Borg’s sacking of Kattegat, Ragnar and his men set sail for home. Ragnar defeats Jarl Borg, reenters Kattegat. King Horik returns to Kattegat, defeated by King Ecbert.

In England, King Ecbert proposes an alliance with King Ælla against the expected return of the Vikings. In Wessex, Ecbert receives Princess Kwenthrith of Mercia, who is in civil war with her family after murdering her brother Kenelm (Saint Kenelm or Cynehelm). After landing in Wessex, Ragnar decides on his own to inform Ecbert of their arrival, annoying Horik . Horik advances towards what he thinks is the Wessex army, but Ecbert catches the Vikings and defeats them. Ælla wants to destroy the remaining Vikings but instead Ecbert decides to offer them land and to employ them as mercenaries to fight against Mercia.