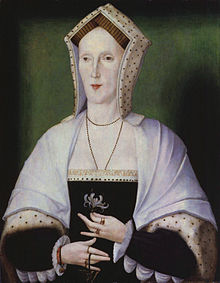 Margaret Pole, Countess of Salisbury (1473 – 1541), was the daughter of George, Duke of Clarence, the brother of kings Edward IV and Richard III. She was one of the few surviving members of the Plantagenet dynasty after the Wars of the Roses.